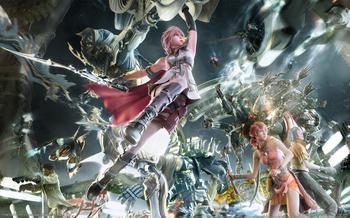 Not all players in FFXIV are obsessive about farming dungeons, there are some who like to spend time collecting items like minions. Minions are cosmetic pets that follow their owners around. After using the minion whistles, players can summon their minions whenever they want by accessing the Minion Guide tab in Character menu. Minions make players have more fun, as they are cute and vivid. How to get minions? There are some tips.

There are the following ways minions can be collected:

Here are the ways to get some popular minions as examples.
Cactuar Cutting
It is awarded for completing the level 47 quest Zombies Are People Too from Hab near Sagolii Desert, Southern Thanalan. It is the one that is obtained from side story quest, every player could get it.

Baby Opo-opo
Baby Opo-opo is random dropped after completing Brayflox’s Longstop (Hard) dungeons. Opo-opo is very popular among players, because it is so cute.

Bluebird
Bluebird can be acquired in Treasure Hunts.

If you are interested in minions,it must be mentioned that if you don’t have enough time, you can get most minions with FFXIV GIL on market broad, just like the crafted or gathered ones. FFXIV GIL may be the most convenient tool for players to enjoy the game. If you want to buy ffxiv gil,Don’t miss FFXIV4GIL.COM!